Welcome to my new blog! Following many years of graduate study in musicology (see my bio if you don't know what musicology is), I am finally embarking on my fieldwork portion of my degree, spending one year in Germany. For all the latest updates on Music, Life, and Travel, read on, friends!

Time to shake things up a bit!

Instead of featuring a drink today, I am going to focus on some of the food available at the Bonn Christmas market. Yesterday I went out specifically to get a waffle (and some cold remedies). Going during the day to the market is a lot less crazy. There were still plenty of people wandering around, but you could really linger at each stand and not feel pushed with the swells of people who were coming behind you.

I quickly found the dessert stand I wanted to visit. (Have I mentioned how great everything smells? The best smell comes from all the nut stands! Candied almonds really excite my nose!) I settled on the waffle with hot cherries, and I resisted the urge to get whipped cream too:
For some reason, I decided that a waffle wasn't enough for dinner, or at least I quickly came to that conclusion after I walked past these: 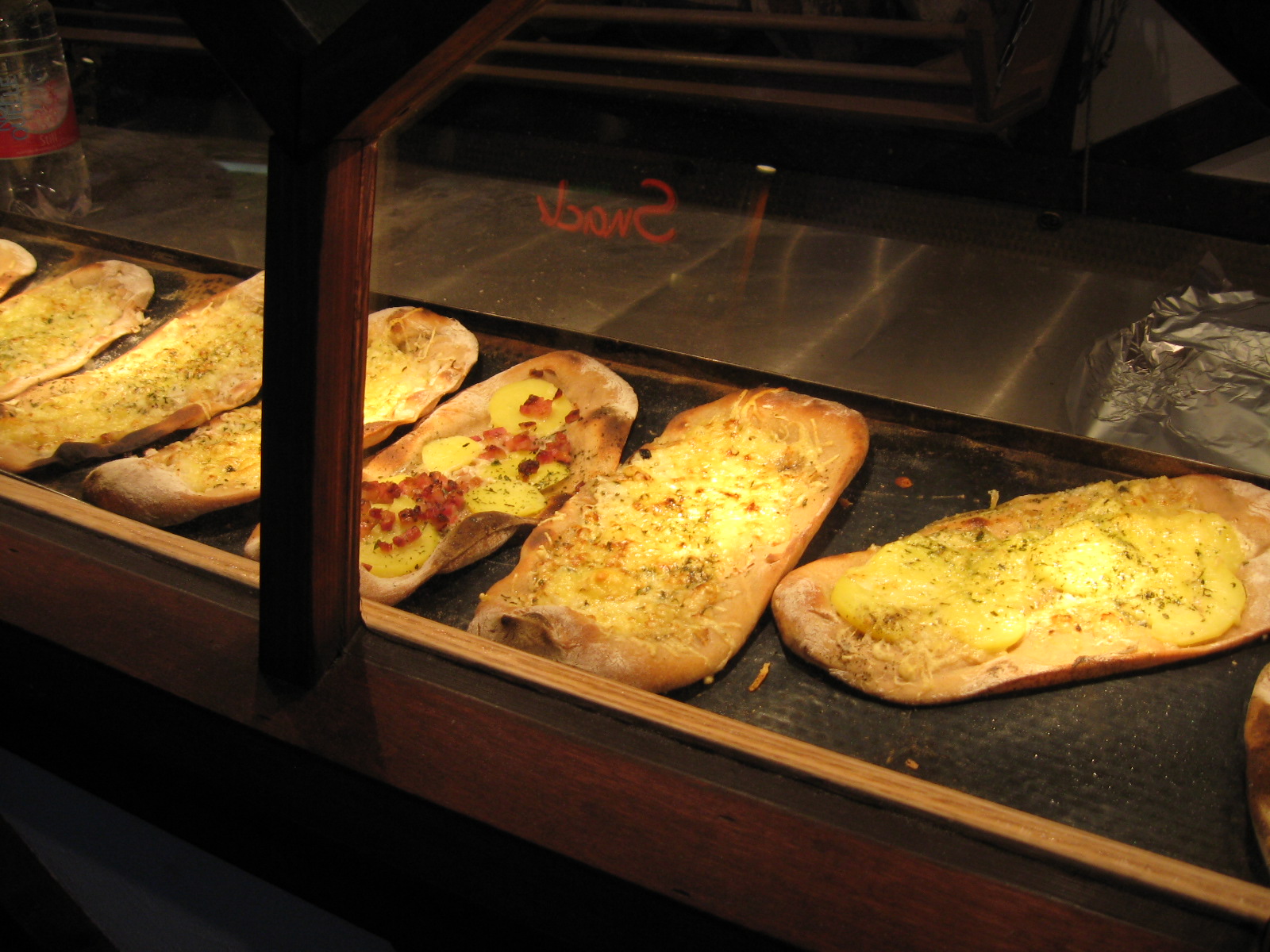 I am not sure what these were called, but they were kind of like pizzas, but more in the style of "Flammkuchen," which has a white sauce instead of a tomato sauce. I had one with potatoes and cheese on top. After selecting this type, I decided that probably the best combination would be the one with onions and bacon! It was still tasty, and I could have definitely shared it with someone.


I've already shown you the animal heads on some stands, and I have noticed that they move. However, I was able to HEAR them this time. This moose is singing "Silver Bells." I guess the market just got a bit more kitschy, like we might expect in the USA.
Posted by Renee at 02:20

Renee
Hi, I'm Renee, and I'm a musicologist. I study music history and musical life, basically how music performance and creation has affected others. As a performer, I enjoy singing in all types of choirs.